The functionality of the piezoelectric acceleration sensor is based on the 1880 by J. and P. Curie discovered effect of quartz crystals, which charge each other under mechanical load. A seismic mass is mechanically coupled by the piezoelectric crystal to the transducer housing. If this crystal is set into action, then forces affect the piezoelectric crystal, because of the inertia of the seismic mass. Then, the crystal generates electrical charge, which is proportional to the force. In modern sensors, this electrical charge is directly converted into an electrical voltage.

Acceleration sensors are robust, inexpensive and suitable for a very wide frequency range. For Condition Monitoring, they are perfectly suitable. Sensors with magnets are used for the offline measurements. In Online Condition Monitoring systems, screw-or adhesive bonds are used. 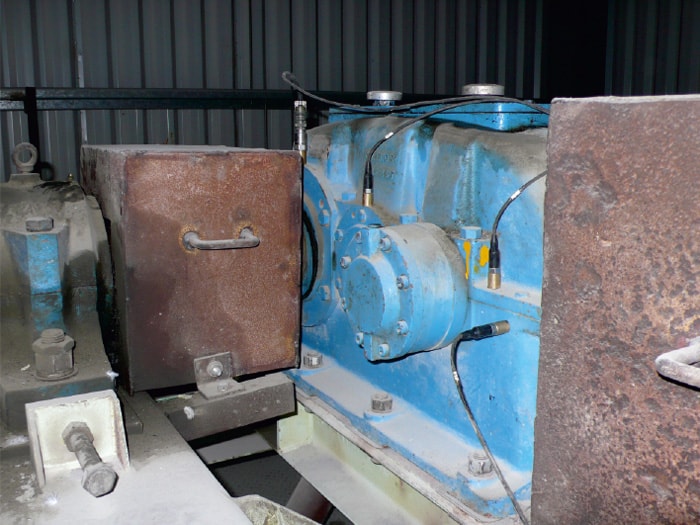 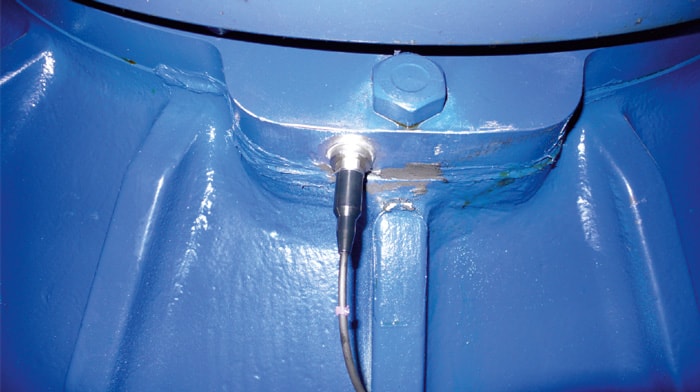 Acceleration sensor at gear box, screwed onto glued mounting base 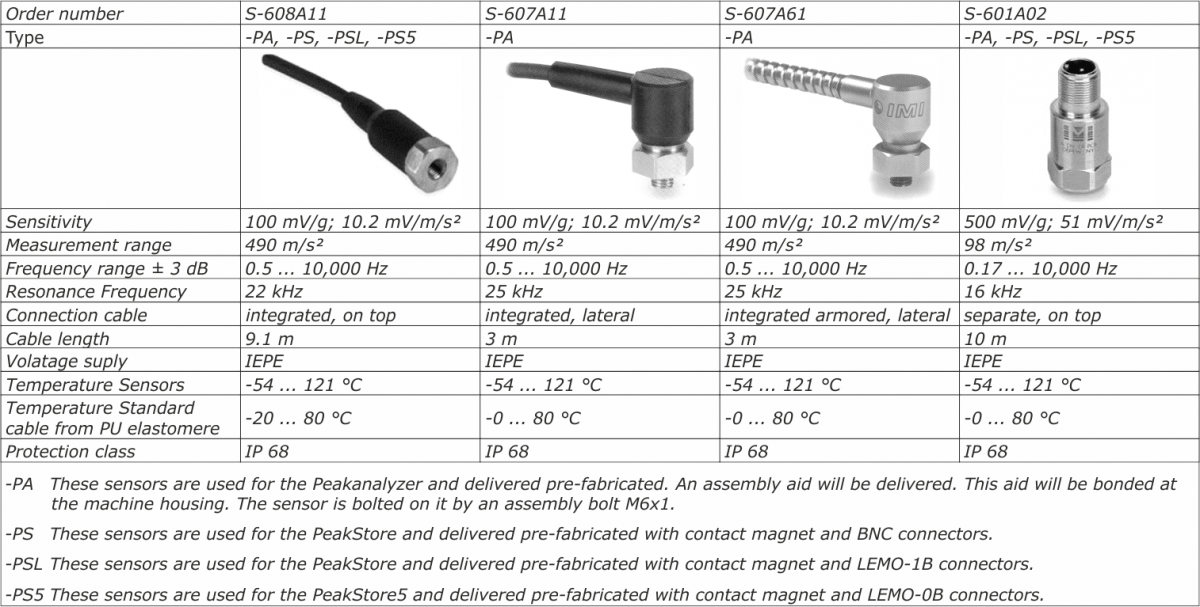